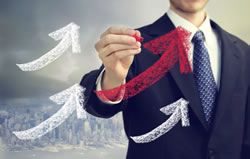 First, the facts: Thirty million newly-insured Americans. 32% will gain coverage from Medicaid, 45% from the individual exchanges, and 23% from their employers. (Congressional Budget Office, “Estimates for the Insurance Coverage Provisions of the Affordable Care Act Updated for the Recent Supreme Court Decision,” July 2013).

So it should be obvious that doctors are going to have to see a lot more patients in their practice. If even a small percentage of these 30 million people get coverage under the ACA, it means that the average family practice patient load could increase by up to 20% or more.

And this is not just my opinion: “The Holy Cross Hospital in Aspen Hill, Maryland, is bracing for more business. The center treats the uninsured, and has been busy since it opened in 2012 with a waiting list of more than 400 people at its clinic. Now, as a result of the Affordable Care Act, it’s mulling adding staff and hours in anticipation of next year’s rush of newly-insured patients.” (Doctors Brace for Health Law’s Surge of Ailing Patients, Bloomberg.com)

Doctors Must Focus on Their Core-Competency

This means that the doctor and her staff must begin to focus on their core competencyhelping patients get and stay well. By the way, this is what doctors overwhelmingly say that they want to do. Neither they, nor their staff, want to mess with the details of getting paid.

This is where an outsourced billing service can best help with this new influx of patients this year. Since a billing service generally has multiple clients, they are dealing with insurance companies, patients, and government agencies all day long. This is their focus, and this is their core competency.

So, the good news is that doctors will be hard pressed to deal with an increase in patient visits and focus on filing their insurance claims, following up with the insurers, billing and collecting from patients, etc. This will make it easier for billing companies to approach doctors who have not outsourced their billing; they will be more open to outsourcing their billingso they and their staff can have more time to focus on patients.

At least they should be more open to outsourcing. Recent articles have pointed out that doctors have taken substantial pay cuts in the last few years. “Average incomes for physicians with an ownership stake in the practice dropped nearly 6% from $260,000 in 2011 to $244,000 in 2012.” (Flat, declining salaries inflate physician worries over payments, red tape, Medical Economics, November, 2013).

Listen to what Martin Willoughby, an author and business consultant, says about the ACA as it relates to medical billing services and other third-party providers. “Regardless of what happens with Obamacare, I hope that you will seize on this opportunity to expand your thinking to embrace the changes in the profession and find creative ways to profit from these changes.” (martinwilloughby.com)

“Throughout history, disruptive innovations have repeatedly, and often predictably, transformed entire industries through the introduction of affordable and accessible products and services.”

“… it’s absolutely indisputable that Obamacare has introduced a level of change and chaos that will have lots of winners and losers … I think this has helped entrepreneurs. When things were in stasis, there was little motivation for providers to work with startups.”

(Seize the ACA: The Innovator’s Guide to the Affordable Care Act, ChristensenInstitute.org)

How the ACA will affect billing services:

Here’s more proof that the ACA will benefit medical billing services: “Healthcare support industries, especially medical records and billing companies, stand to greatly benefit from the ACA. As potentially 30 million new patients will need healthcare services, physicians will need someone to keep track of all their medical records and billing. In fact, the American Recovery and Reinvestment Act is commonly known as ‘the stimulus bill.’ It’s already resulted in a $19 billion push to electronic medical records, a push that is set to increase and demand more professionals in this field.” (HealthCareCommunication.com)

Electronic Health Records and the ACA

This is why it is imperative that medical billing service owners find a way to partner with an Electronic Health Records company if they are to survive this industry chaos. EHR is essential for medical practices to comply with the ACA. It is a built-in requirement that doctors begin moving to an EHR in their practice, so you, as a third-party billing service, must educate yourself on EHR and align yourself with an EHR company that can tie in with your billing system.

If you have not had your clients asking about EHR and how it can integrate with your billing system, you will be getting these questions soon. So, the faster you can educate yourself on EHRs, the better.

The best solution is to use a cloud-based billing system that has EHR fully integrated with the billing module. This eliminates the need for work-arounds to make sure the information put into the EHR by the doctor is carried over to your billing system. And, if you can find an EHR that has the clearinghouse as an integral part of the system, your claims rejections will be minimized and the turn-around time for payment will be minimized as well.

This is important to smaller practices, especially. Most primary care physicians love their work, but they are clearly frustrated about their income and the increasing compliance challenges associated with payers and government initiatives. “As healthcare remains in the throes of rapid change as it relates to insured patient populations, volume and reimbursement during reforms from the Affordable Care Act, nearly 84% of the physicians surveyed told Medical Economics that the financial state of their practice, compared to one year ago, is either worse or the same.” (Medical Economics, November 2013).

Amazingly, nearly 33% of physicians surveyed are moonlighting in secondary roles as a way to boost their earnings! Obviously they need help. You can step in to be the hero and salvage some practices by offering your services to handle their revenue cycle.

Doctors Concerned About Their Finances

This year, 2014, is a huge window of opportunity for medical billing companies. In this same survey by Medical Economics Magazine, here are the concerns that doctors have right now:

As you can see, they have a lot to be concerned about, but the fees and reimbursement (their income) is at the top of the list. And that is exactly where an outside billing company can help a practicesolving their cash crunch is your forte. It’s all about increasing their revenue by reducing their claim denials and getting their money from the insurers…and their patients.

Again, that is why this year is so crucial for some practices. I have talked to billing service owners in our national network who have told me that they have salvaged a medical practice and kept a doctor practicing medicine because of what they did for their cash-flow by taking over their billing. You are performing a vital service to Americans by keeping their doctors solvent and focused on their patients.

You Are Essential Right Now

Joseph Valenti, MD and a board member of the Physicians Foundation said recently in a blog: “At no time in medical history has there been a greater need for expertise, technology, compliance assistance, etc. There is simply no entity in existence positioned to meet these needs better than the third-party medical billing companies.

By leveraging their essential functionality … the third-party medical billing industry can not only be an essential cog in the ACA mechanism, but can also ensure that the healthcare providers have the time and resources to concentrate on their real priority: providing healthcare to our aging population.” (PhysiciansFoundation.org)

Medical practices that have decided to outsource their billing report the following benefits:

59% decreased the volume of lost/denied claims

If your billing company is struggling right now to figure out how to prosper and thrive during these chaotic times and need some encouragement and education on the topics discussed in this article, I invite you to sign up for one of my free live weekly webinars or subscribe to my blog and prepare yourself to seize the ACA opportunity at hand.